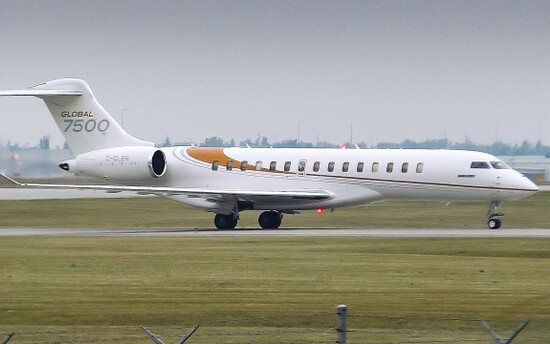 Bombardier's latest addition to the Global range entered service late-December, with the Global 7500.
Originally conceived in 2010, the 7000 was renamed with an 'extra 500' when flight testing produced better than expected performance, and 7500 nautical miles became the representative range.

Orders are already backed-up for the next 24 months, with exisiting Global operators such as NetJets and Vistajet in the line for the new type.